Jason Ball Calls on AFL to introduce a Pride Round 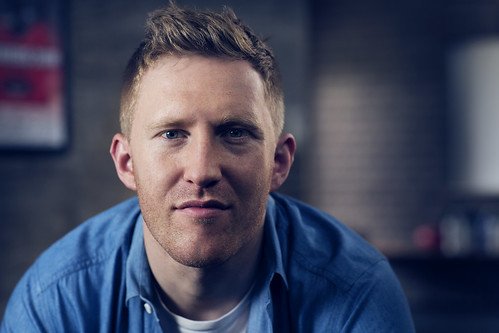 LGBTQI+ equality campaigner and AFLFA Patron Jason Ball has called on the AFL to extend its Pride Game concept to a full home-and-away round.

The 2022 renewal of the annual match between St Kilda and Sydney was played on 25 June.

In 2012, Ball, the 2017 Young Victorian of the Year, was the catalyst for the code’s inaugural Pride Game after coming out in the national media and launching a change.org petition calling on the AFL to do more to tackle homophobia.

His teammates from the Yarra Glen Football Netball Club showed their support by creating the idea to stage a Pride Cup against local rivals Yarra Junction, with players wearing rainbow jumpers and the 50 metre lines painted rainbow.

The event paved the way for the AFL’s Pride Game, a now annual match between St Kilda and Sydney heralded as a game-changer for the LGBTQI+ community, the code and wider sporting communities when first played in 2016.

It was a good fit for both clubs. St Kilda the progressive, eclectic and diverse community that hosts Melbourne’s annual Pride March and Sydney a vibrant and cosmopolitan city and home of the famous Mardi Gras.

The 2022 St Kilda (left) and Sydney (right) Pride Round guernseys. GROWING DEMAND FOR AFL PRIDE ROUND

The concept has come a long way in the eight years since that game in Yarra Valley with over 400 sporting clubs across several codes now playing a Pride Cup.

However, while a growing number of local clubs are breaking down barriers that have traditionally left LGBTQI+ players and supporters excluded, momentum has stalled at AFL headquarters.

“It is great to have a Pride Game but it is not good enough and we demand better. The AFL always just said a Pride Round is not something they are considering at the moment,” Ball said.

“Then the AFLW Pride Round happened, so we want to know when that will be extended to the men’s competition and what the roadmap will be?

“The groundwork has been done by St Kilda and Sydney and the AFLW. We have a model that works and have learnt the lessons that need to be learnt, in terms of doing this well.

“So it is now only about the AFL issuing the resources and working in partnership with the clubs. The clubs, who have established LGBTQI+ fans’ groups and women’s teams with openly gay players, are just sort of waiting for permission and guidance from the AFL to get started.

“Once they have a certainty that there will be a Pride Round, the clubs can start planning accordingly by engaging fans and the wider community, deciding what charity partners they want to work with, the stories they want to tell.”

Ball said that despite having an opportunity to be leaders in the space, the AFL have only dipped its toes in the water.

“I think the AFL’s hesitancy has set us back. They’ve only supported initiatives of others, like St Kilda and Sydney. Even the Pride Round in the AFLW was very much led by the clubs,” Ball said.

“I can understand some of the hesitancy. The AFL needs to be careful to not step too far ahead of the curve but there is a lack of understanding in the community regarding LGBTQI+ experiences in sport and, I believe, they are catering to the lowest-common denominator. I think, what you will find in this day and age, is that it is a real minority.

“They might be loud on social media but you only need to look at some of the comments under LGBTQI+ initiatives in the Pride space that clubs post online to show we have a lot of work to do to educate people.

“But attendance for Pride Games between St Kilda and Sydney is high and the concept is attracting more people to the AFL.

“A Pride Round may turn a handful of people away from one game but, honestly, are they the people you want around the club when you have a women’s team with openly gay players?

“You sometimes have to plant your flag about where you stand and be unapologetic about that.”

“LGBTQI+ is becoming the forgotten pillar of diversity within the AFL, they don’t really have an articulated strategy, and they don’t have initiatives yet. 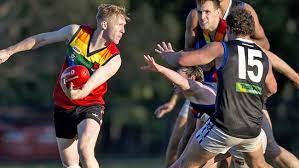 In conjunction with VicHealth and Monash University, Pride Cup Australia released a report in 2020 that found Pride Cups in sporting codes significantly reduce the amount of homophobic language used. Other benefits included increased sponsorship and networking opportunities and ground attendance and community support.

However, the Evaluating LGBTI+ Inclusion within Sport and the Pride Cup Initiative found the LGBTI+ community still experiences a range of social barriers to participating in community sport and physical activity across Australia, including being subjected to continued homophobic slurs and behaviour from players and coaches.

“You sometimes have to plant your flag about where you stand and be unapologetic about that.”

Ball said that many people dismiss calls for a Pride Round as virtue-signalling, politicising sport or not being relevant to the AFL.

“These reasons, on the surface, sound agreeable, but the campaign is relevant to the game because not one male player in the history of the AFL has felt comfortable to come out,” he said.

“We are telling gay players they have to stay quiet about their sexuality, but not doing the same for straight players going to the Brownlow with their partner. It is a double-standard.

“There are gay spectators and people in the community copping abuse, the AFL does not have the best track record regarding transgender issues. These are very really problems that need to be addressed.

“The work on LGBTQI+ inclusion and being proactive and visible and showing support is a really important step to help change attitudes in society.”

Ball said the AFL “have not been a thought leader in the space” and there were other sporting codes catching up and overtaking them.

Adelaide United defender Josh Cavallo came out in October 2021. At the time, there were no other openly gay male footballers playing professional A-League in Australia.

Cavallo said in a statement: “I hope that in sharing who I am, I can show others who identify as LGBTQI+ that they are welcome in the football community.”

Fast forward only four months to February 2022 and Adelaide United made history by holding the inaugural A-Leagues Pride Game involving both its women’s and men’s teams.

Ball believes that top-flight league will soon have its own Pride Round.

“The AFL is a big institution and things take time, but the A-League has not been on its journey long and has already overtaken them.

“You look at some of the really great work the AFL have done in the Indigenous space, multiculturalism, equality for women, they haven’t been shy in trying things.

“LGBTQI+ is becoming the forgotten pillar of diversity within the AFL, they don’t really have an articulated strategy, and they don’t have initiatives yet.

“Maybe they are still in development, coming out of COVID, and no doubt the AFL has been hampered by that. But if you have the appetite to do something, and if you are willing to meet the right people and get the right advice, there is obviously a lot more that they can be doing.”

Goal umpires waved rainbow flags and the 50-metre arcs on field were multi-colored.

This year Sydney have introduced a rainbow guernsey and St Kilda’s guernsey has received an update from last year’s design to incorporate a total of 275 sporting clubs and organisations who have now held their own Pride Cup events.

Unfortunately, there are still only two AFLM clubs on that list.

“People follow clubs, not the AFL. It is such a powerful thing for the community to be able to buy a guernsey with a rainbow. It just means so much for people to see their club take a stand on this issue,” Ball said.